Carnivore diet is often referred to as the most advanced version of keto diet because it allows you to have protein and fat but cuts out the veggies. 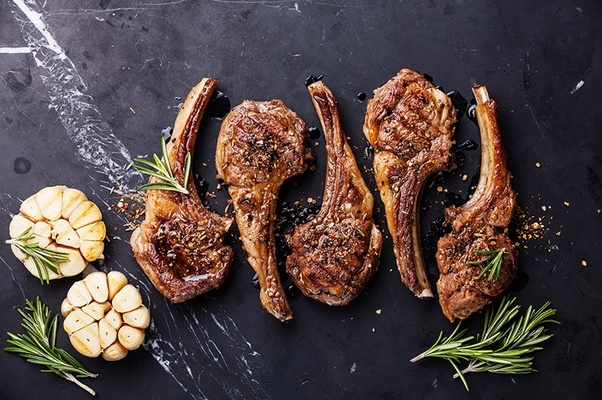 Keto diet generally allows you to have a maximum of 20 grams of carbs per day whereas the carnivore diet keeps it strictly zero. You’re not allowed to have any carbohydrate whatsoever on it.

Ketogenic diet requires you to keep the protein to a moderate level, and fat usually makes up 60-75% of the diet whereas the carnivore diet is primarily protein and a right balance of fat.

Some vegetables like broccoli, asparagus, Brussel sprouts, and avocados are encouraged on the keto diet and strictly not allowed on the carnivore diet.

You can, however, have a bit of greens in the beginning and slowly transition to the complete carnivore diet.

As stated in the beginning, the carnivore diet is a limited and advanced version of keto. That said, it completely cuts out room for desserts (ice creams and snacks) whereas you can have keto ice creams, fat bombs, and snacks on the keto diet.

Ketosis is not the primary focus

Maintaining ketosis on a carnivore diet is possible. However, that’s not its primary focus. Your main focus will be to eat your way to a meat and water only diet.

Less on the macros and calories

People on the carnivore diet are not so concerned about counting calories or stressing about macros. You’re advised to eat until you’re completely satiated.

Both the ketogenic diet and carnivore diets are focused on low to almost zero carbs.

Check Out These Awesome Keto Products!

What does the research say about keto and fatty liver?

3 tips on how to sleep fast

3 tips on how to deal with change

Did You See These

3 tips on how to sleep fast